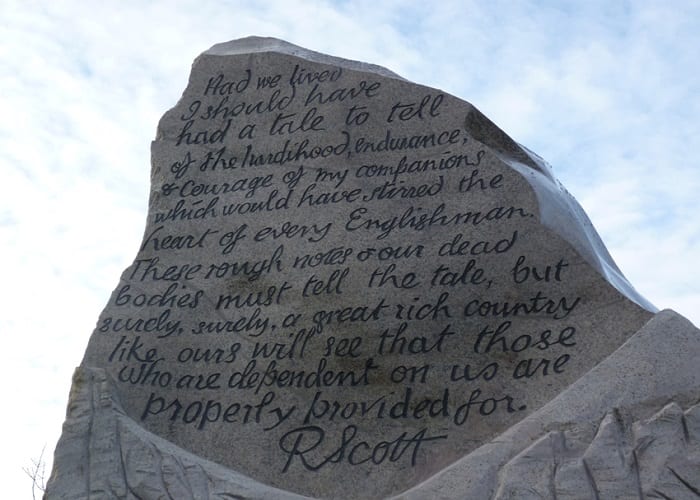 Glen Prosen is home to the Captain Scott and Dr Wilson monument, erected in memorial of the Antarctic explorers who planned their ill-fated expedition to the South Pole in 1912 at Wilson’s home, nearby Burnside Cottage.

The current sculpture was commissioned in 2012 to replace an existing monument and is made of granite. The memorial includes both men, their ponies, dogs and also penguins as well as inscriptions written by both men.

The stone can be found at the roadside on a bend at the entrance to Glen Prosen nearly a mile from Dykehead. A car park lies just around the bend on the right.