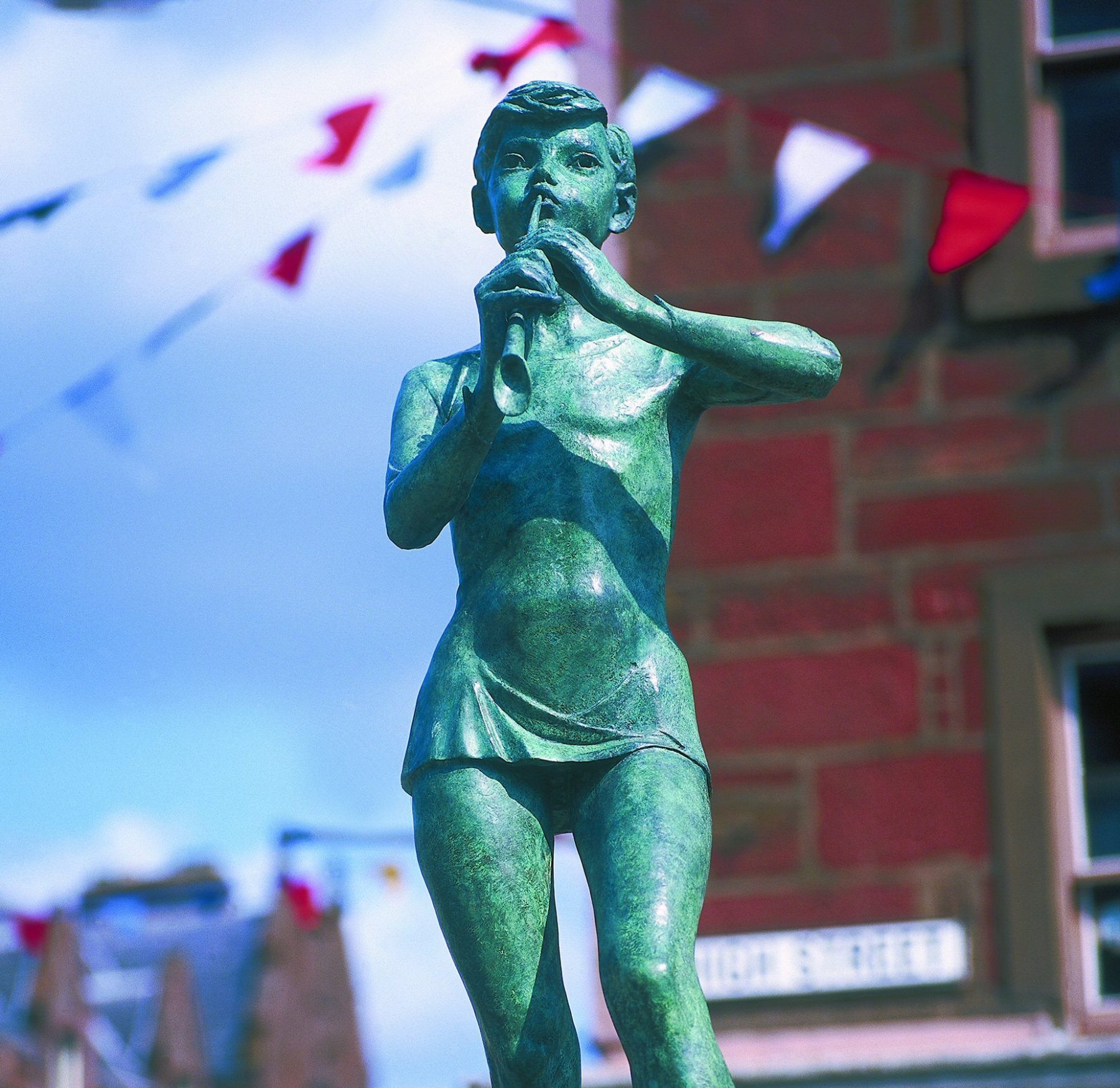 Sir James Matthew Barrie was a Scottish novelist and playwright, best remembered as the author of Peter Pan. Barrie was raised in the town of Kirriemuir.

A statue of Peter Pan stands in Kirriemuir town centre to commemorate Barrie. The original sculpture was erected in Glengate, Kirriemuir, in 1968. This original statue was later damaged, and a replacement was made by the original artist (Alistair Smart) and erected in its present position in the High Street in 1994.