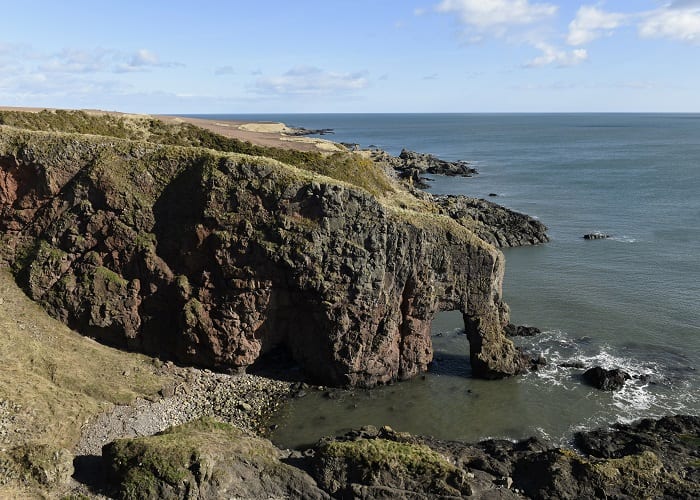 Elephant Rock can be reached on foot just to the north of Boddin Point, Montrose.

It is a naturally formed coastal arch of volcanic rock nestling in a steep, secluded bay that has been shaped by the elements and closely resembles the shape of an elephants head and truck, hence the name!

This is a coastal walk with a difference, for it boasts the grave of a man who apparently died 19 years before he was even born. George James Ramsay is the man with the unusual distinction, imposed upon him after his death. When he was buried in the tiny cliff-top cemetery just north of Boddin Point, an error was obviously made on the headstone. Beneath ‘In Memory of George James Ramsay’ the inscription on the sea-facing stone reads: ‘Born November 24, 1859, Died December 17, 1840’.