Due to access restrictions in place as a precautionary measure while Historic Environment Scotland undertake high level masonry inspections, there is currently no visitor access to the abbey. The Visitor Centre is open. Find out more on the HES website.

Read the Declaration of Arbroath in the abbey in which Scotland’s nobility proclaimed their independence from England around 1320. Or listen to your voice in the sacristy, which has one of the longest echoes in the country. The abbey was founded in 1178 by King William the Lion, who was buried here. You can learn more about the famous declaration in the visitor centre.

Opening Times (Visitor Centre only)
Monday to Sunday – 10am to 4pm

Accessibility additional info
The visitor centre has step-free access and a platform lift to the first floor. There are large viewing windows and a virtual reconstruction of the abbey with an induction loop. Most of the Abbey is relatively level with grass and gravel surfaces. The nave and cloister have step-free access. The sacristy has two stone steps down into it. The lower gatehouse range has an audio-visual display with ramped access. The abbot’s house displays are reached via a stone spiral stair on several levels with a handrail from the first floor. The ground floor is accessed down a narrow ramp. There is an adapted toilet on site. Assistance dogs are permitted at all HES sites and within roofed areas.

Visitors’ dogs are allowed at Arbroath Abbey, but are not permitted in roofed areas.

Dogs must be kept on a lead at all times and not left unattended at any time. Owners must pick up after their dogs. 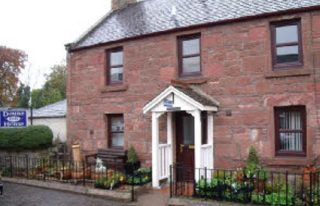 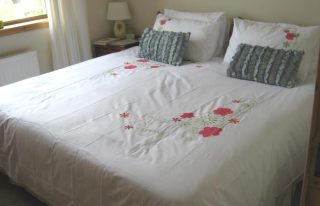 Greenbank is a detached recently extended family home, centrally located in a… 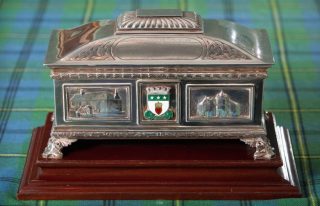 Kirriemuir Gateway to the Glens Museum

Gateway to the Glens Museum is situated in Kirriemuir Town House, a…