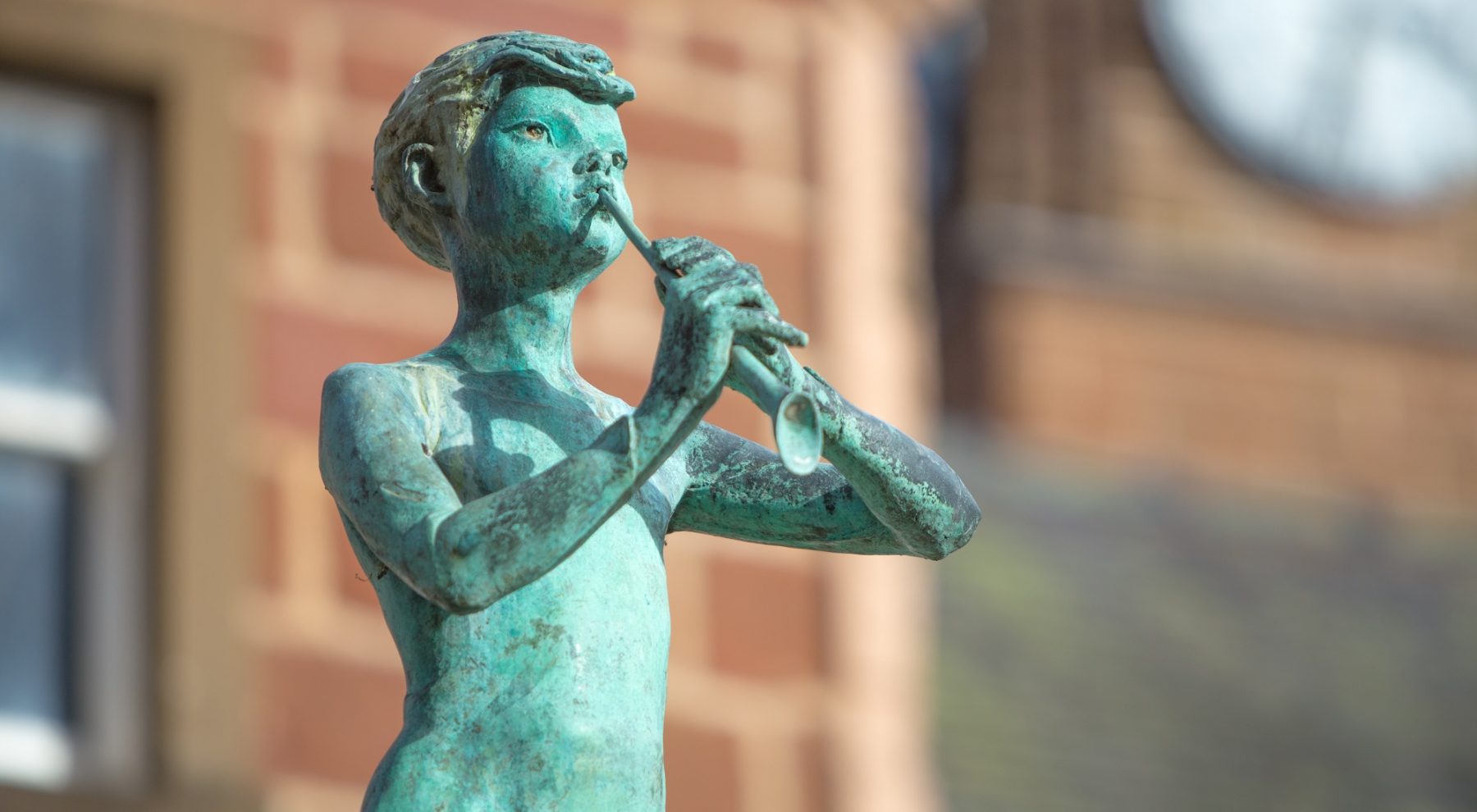 Iconic storytellers and artists from Angus

By Gillian BlackApril 14, 2022No Comments

In our latest blog, find out about some of the Angus-born artists, poets, singers, writers and performers who went on to inspire millions of people all around the world.

Throughout 2022, we will be sharing a series of blogs celebrating the Year of Stories.

As part of Scotland’s Year of Stories celebrations in 2022, we’re pausing to appreciate the wonderful Angus-born writers and performers whose incredible creativity has inspired thousands and sometimes millions of people.

From poets and writers whose inspiring words have been read countless times by generation after generation to singers and entertainers who have performed to captive audiences across the world, Angus was home to many inspiring artists.

In this blog, we look at the lives of some famous Angus storytellers and see how they have inspired us in their own unique way through their writing, performances and art.

Playwright Sir James Matthew Barrie was born in Kirriemuir on 9 May 1860. He was a prolific writer who wrote several successful novels and plays, but is most famous for creating the Peter Pan story and the world of Neverland.

Sir JM Barrie moved to London and produced his first novel, “Better Dead”, in 1887. Within a few years, he had developed some notoriety, mostly thanks to several fictional stories set in Kirriemuir (“Auld Licht Idylls” and “A Window in Thrums”). They brought Barrie modest literary recognition. However, the 1891 publication, “The Little Minister”, placed him in the top ranks of British novelists. It tells the tale of a minister who falls in love with a Gypsy. And it was also around this time that Barrie began writing for the theatre.

The story of Peter Pan began in 1902 with a book called “The Little White Bird”. Peter was introduced to the world as a baby. He was later developed into Peter Pan, or “The Boy Who Wouldn’t Grow Up”. The play premiered in 1904.

Sir JM Barrie credited five boys with providing inspiration for the tale: George, John (Jack), Peter, Michael and Nicholas (Nico) Llewelyn Davies. He first met the Llewelyn Davies family in 1898 and began to invite them to vacation at his estate. The time he spent playing with the children gave him the idea for Peter Pan’s adventures. He later became the guardian of those five boys after they lost their father to illness in 1907 and then also lost their mother in 1910.

In 1929, Sir JM Barrie gave the Great Ormond Street Hospital for Children in London all the rights and royalties to Peter Pan in both the play and his books.

The Peter Pan character has graced the stage in many productions around the world. It’s featured on screen in a classic animated Disney feature, the 1991 Steven Spielberg blockbuster, “Hook”, that grossed over $300 million, and a live-action movie in 2003.

Barrie spent his childhood in a small, traditional weaver’s house in Kirriemuir. The house is now a fascinating museum that is a must-visit for any Peter Pan fan who wishes to discover the inspirations of his childhood and adult life, his route to success, literary and stage works, and his enduring connection with Kirriemuir. Visitors to Kirriemuir can also see a statue of Peter Pan in the town centre.

Violet Jacob (1863-1946) was born Violet Kennedy-Erskine in Montrose, where her family owned House of Dun, a stately home now cared for by the National Trust for Scotland. She was a novelist, poet, and short story writer, best known for her use of the Scots vernacular.

In 1894, Violet married Major Arthur Jacob, an Irish officer serving in the British Army, and accompanied him first to India and then to Egypt before settling with him in Wales.

Violet wrote poetry and short stories in vernacular Scots, and many of her stories are set in Angus, including her 1904 novel, “The Interloper”. Today, she is celebrated primarily for her poetry. She is also well known for “Flemington”, a novel about loyalty and betrayal set during the Jacobite rebellion of 1745 that was republished as recently as 1994.

After her husband’s death in 1936, Jacob returned to Scotland and settled in Kirriemuir. In 1945, the year before she died, Violet was awarded an honorary degree by the University of Edinburgh.

Visit Violet’s family home, the House of Dun, to admire a truly elegant country house and learn more about her life and work. On your visit, you will see the ‘Jacob letters’, a small collection of letters relating to Violet Jacob and her son Harry. The impressive library room is also worth seeing. The House of Dun was designed with Georgian pride and baroque extravagance by renowned architect William Adam.

Kirriemuir is the childhood home of Bon Scott, lead singer of the rock band AC/DC. Bon Scott was born Ronald Belford Scott in Forfar on July 9, 1946 and lived as a child in nearby Kirriemuir. When he was six, his family moved to Melbourne, Australia.

After leaving school at the age of 15, Scott formed his first group, The Spektors in 1964, and became the band’s drummer and occasional lead vocalist. He then became the lead singer of AC/DC in 1974. AC/DC’s popularity grew throughout the 1970s, initially in Australia and then internationally.

Their 1979 album, Highway to Hell, reached the top twenty in the United States and the band were on the verge of a commercial breakthrough. However, on 19 February 1980, Scott tragically died at just 33 years old after a night of partying in London.

Following Scott’s death, the band recruited vocalist Brian Johnson from the British glam rock band Geordie. They released another album, Back in Black, five months later as a tribute to Bon Scott. The album has sold an estimated 50 million copies worldwide, making it second only to Michael Jackson’s Thriller as the best-selling album of all time. The title track, Back in Black, contains the lyrics, “Forget the hearse ’cause I never die”, implying that Scott will live on forever through his music.

Scott’s music has been heard by and inspired millions of people around the world, and the songs he performed are still popular today. Highway to Hell, for example, has been played over 920 million times on Spotify. The band has over 22 million monthly listeners on that platform alone.
An annual music festival in Kirriemuir called BonFest pays tribute to his musical legacy. Bands from around the world converge on the town to play AC/DC covers and pay homage to their hero.

A life-sized bronze figure was created by artist John McKenna and unveiled in 2016 at the 10th anniversary of BonFest by former AC/DC bass player Mark Evan. Visit Kirriemuir to see the statue of the world-famous star standing with his arm raised clutching his bagpipes on the Bellie’s Brae road into the town.

Sir Henry Lauder was a singer and comedian popular in both music hall and vaudeville theatre traditions who achieved international success. Born on 4 August 1870 in Portobello, near Edinburgh, Harry spent some of his childhood in Derbyshire and then Arbroath.

After Harry’s father died unexpectedly of pneumonia in 1882, his mother moved her family from Derbyshire to Arbroath. At the young age of 11, Harry had to work in an Arbroath flax mill to help support the family and pay for his education. Harry and two of his brothers then became coal miners.

Harry began singing in public at school in Arbroath and started entering singing competitions. His first professional appearance came in 1894, and shortly afterwards, he joined a concert party that toured Scotland. From there, he travelled to London to try and find work in the city’s theatres. He was successful. Within a week of arriving in London, the former miner was booked for 300 ­consecutive weeks – he had made it.

In 1902, Harry made the first of his 600 recordings for The Gramophone Company. And then, in 1907, he undertook the first of 22 tours of the United States that he would make in his lifetime.

By the time World War I started, Harry was an international star. He sang for the troops, raised funds for the war and for soldiers’ charities. He also formed the Harry Lauder Recruiting Pipe Band, which toured Britain.

He was said to have convinced more than 12,000 men to enlist. Sadly, Lauder’s only son, an infantry officer, was killed in France on 28 December 1916. Sir Winston Churchill described Harry as “Scotland’s greatest ever ambassador”, referencing his inspiring songs and valiant life.

At one time the highest-paid performer in the world, and the first person from Britain to sell a million records, Harry became a friend to Hollywood stars and royalty. He also was the first popular entertainer to receive a knighthood.

Harry’s most popular songs were Roamin’ in the Gloamin, A Wee Deoch-An-Doris, and I Love a Lassie. One of Harry’s most famous quotes is, “Happiness is one of the few things in this world that doubles every time you share it with someone else.”

Born Patrick Allan in 1813, the son of weaving merchant Robert Allan, Patrick Allan-Fraser was a Scottish painter and architect from Arbroath. He was known as an enthusiast for the arts and crafts movement, and a devoted art collector.

After first training as a solicitor, Patrick then interned in his grandfather’s house-painting business and went on to train at the Trustees’ Academy in Edinburgh and in Europe. Upon returning to Scotland after some time in Paris painting views of the city, he married the young widow Elizabeth Fraser-Baker of Hospitalfield in 1843.

Patrick became well known for his portraits and an architectural style that put great focus on building economically and morally. He was a patron of many Scottish artists and President of the British Academy of Art in Rome. He was elected to the Royal Scottish Academy in 1874.

Later in his career, Allan-Fraser remodelled Hospitalfield House into one of the finest 19th century country houses in Scotland. And, in 1902, Hospitalfield opened as a residential art school, later becoming a postgraduate school. It was an important home for early Scottish Modern painters, including James Cowie, Robert Colquhoun, Robert MacBryde, and Joan Eardley.

The Patrick-Allen Fraser of Hospitalfield Trust was established in his honour to promote young artists and run Hospitalfield for the purposes of education. 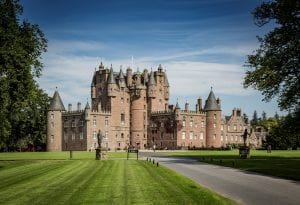 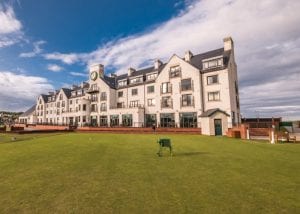 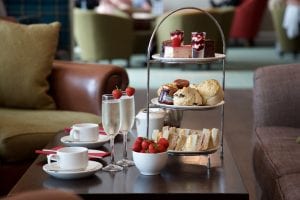