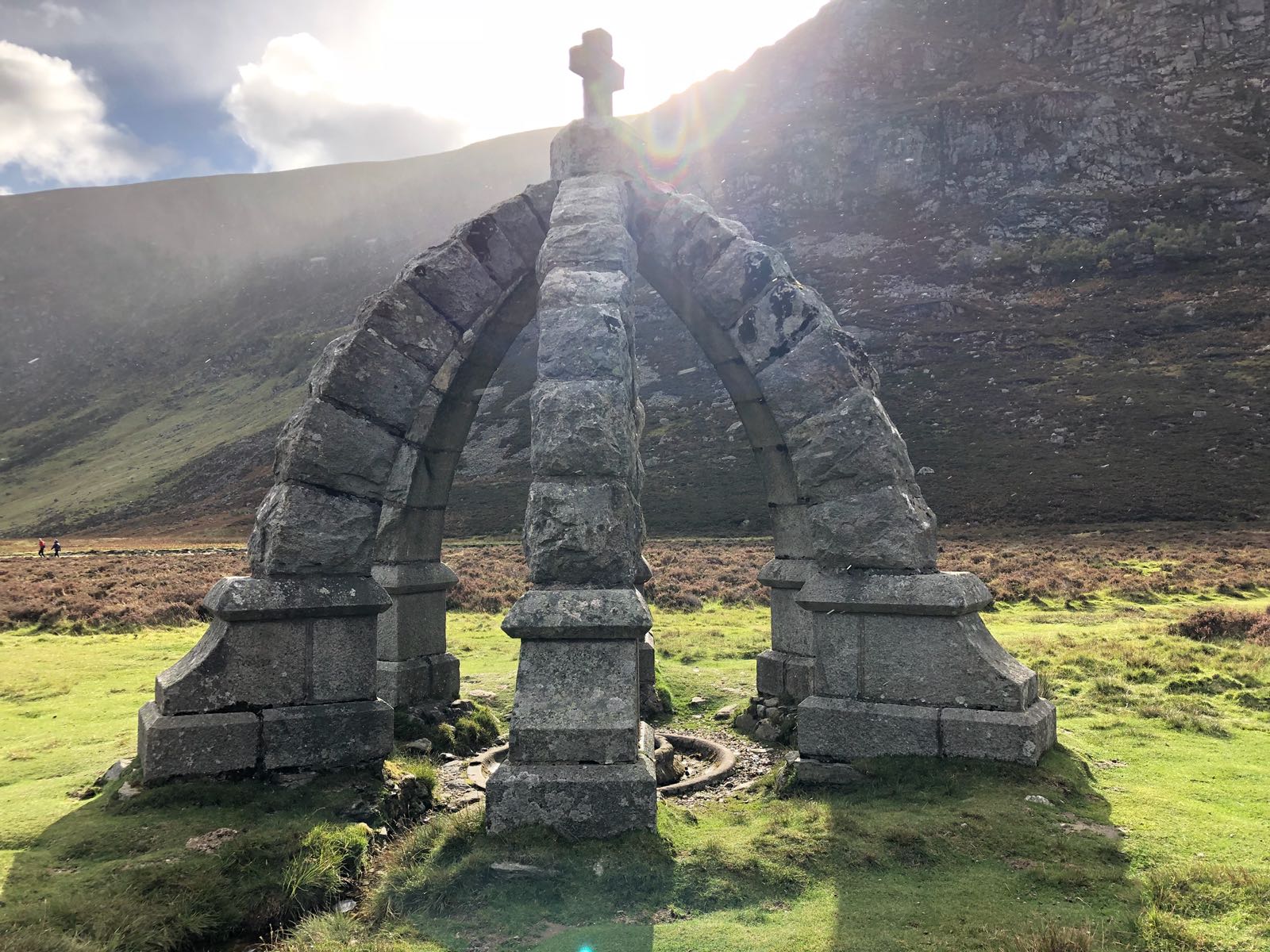 This unusual crown shaped monument was built over a natural spring in 1861 in honour of Queen Victoria.

Queen Victoria and her consort Prince Albert purchased Balmoral Castle and delighted in travelling the mountain routes around. In 1861 they rode the 15 miles (24 km) from Balmoral to Glen Mark and met with Lord Dalhousie beside an artesian well.

Here they were refreshed by the spring water before continuing to Invermark Lodge where they stayed overnight. To commemorate the visit, Lord Dalhousie erected a monument in the shape of a royal crown over the well. An inscription on the monument reads:

Her Majesty, Queen Victoria, and his Royal Highness the Prince Consort, visited this well and drank of its refreshing waters, on the 20th September, 1861, the year of Her Majesty’s great sorrow.