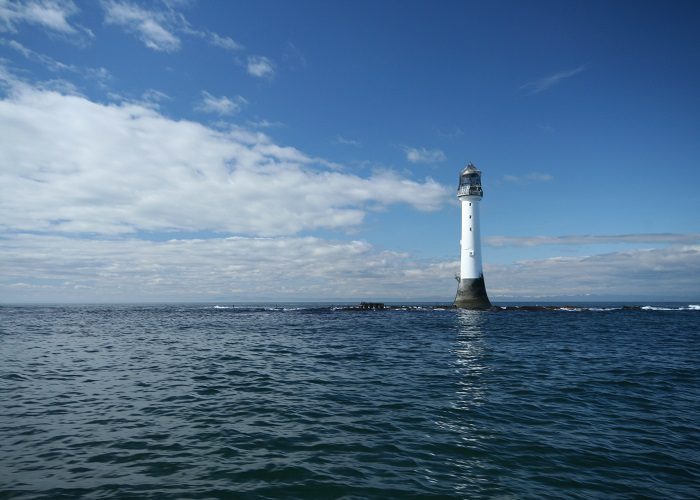 The Bell Rock Lighthouse, off the coast of Angus, is the world’s oldest surviving sea-washed lighthouse. It was built between 1807 and 1810 by Robert Stevenson on the Bell Rock (also known as Inchcape) in the North Sea, 11 miles (18 km) east of the Firth of Tay. Standing 35 metres (115 ft) tall, its light is visible from 35 statute miles (56 km) inland.

The lighthouse operated in tandem with a shore station, the Bell Rock Signal Tower, built in 1813 at the mouth of Arbroath harbour. Today this building houses the Signal Tower Museum, a visitor centre detailing the history of the lighthouse.

According to legend, the rock is called Bell Rock because of a 14th-century attempt by the Abbot of Arbroath to install a warning bell on it. The bell lasted only one year before it was stolen by a Dutch pirate. This story is immortalised in “The Inchcape Rock”, a poem by 19th-century poet Robert Southey. The rock was the scene of many shipwrecks as it lies just below the surface of the sea for all but a few hours at low tide.

Boat trips are available from Arbroath Harbour to see the lighthouse.

Telephone number provided is for the Arbroath harbourmaster.

(Note: location of the pin on Google Map is a guide only) 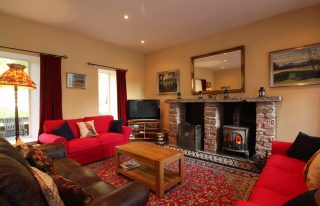 Upstairs it has three bedrooms and bathrooms. Downstairs there is a bright kitchen… 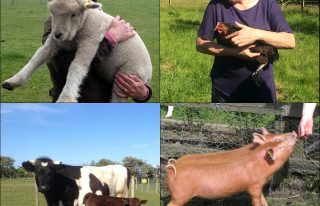 Come and join one of our farm walks at Dalmore Croft, meet… 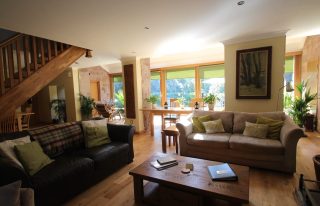 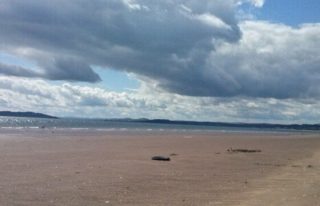 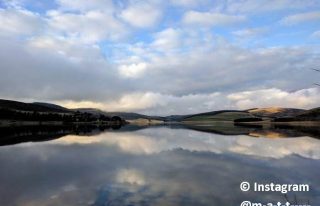