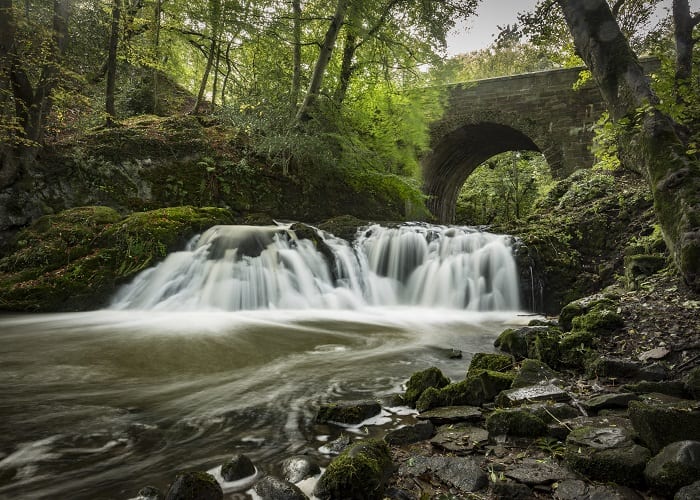 Arbirlot is a small village, approx. 2 miles west of Arbroath, and is home to a spectacular 23 foot waterfall.

The waterfall comes from the Elliot Water, a minor river around 7 and a half miles long which flows through Arbirlot before reaching the North Sea at Elliot, Arbroath.

The waterfall is of the most memorable features on the Arbirlot Natural Trail – a family-friendly, four-mile walk through stunning Angus countryside following a small river, the Elliot Water.

Your walk here will follow the trackbed of an old Angus railway line. It provides a well-graded path for a pleasant walk from Elliot to the pretty village of Arbirlot. The village dates back at least to 1000AD when it is believed that Danish Invaders destroyed the first church here.

The railway line originally ran to Redford and quarries situated around a mile north of Arbirlot. In the late 18th century, the line was used to transport stone roof slates that were mined from the local area to Arbroath and Dundee.

The walk starts in a small public car park at Elliot, just off the A92 as it enters the outskirts of Arbroath from the south.