This route takes you from Kirriemuir, home of the Camera Obscura, JM Barrie’s Birthplace and the Gateway to the Glens Museum, past the Loch of Kinnordy and around the Lintrathen Reservoir.

After 1.6km/1m, TL into Reekie Linn car park just before the bridge of Craigisla. To return to Kirriemuir, follow the road around
the loch to Bridgend of Lintrathen, bear left over the bridge and then TR at the T, SP for Kirriemuir. Follow the B951 to retrace the
outward route.

Points of interest on this route include the Loch of Kinnordy, Reekie Linn waterfall and Peel Farm. 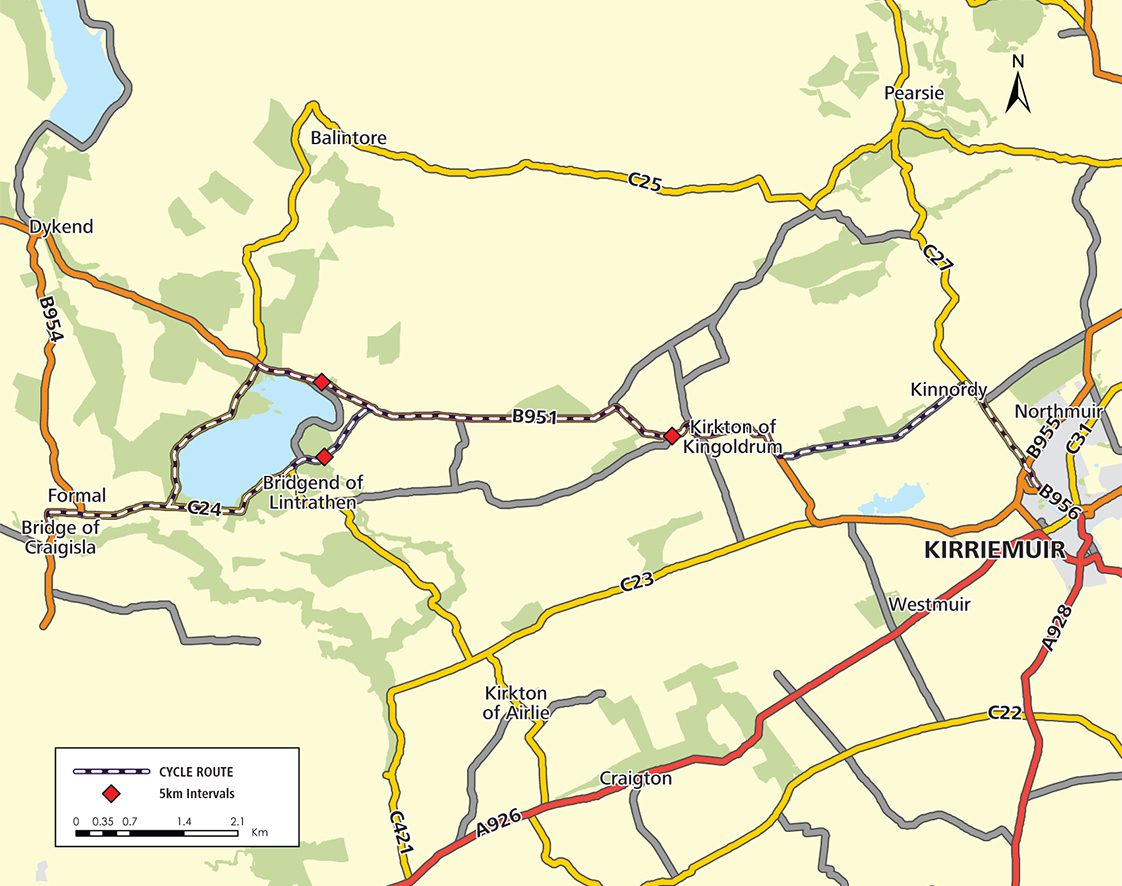