Montrose to Edzell via Fettercairn

This route takes you towards the foothills of the Angus Glens.

Starting at Montrose Sports Centre head north for 4km/2.5m towards Hillside. After 6km/4m, follow the A937 SP for Marykirk. Continue through Marykirk and after 1.5km/1m, TL and go under the rail bridge. After 2.5km/1.5m, cross the A90.

Points of interest on this route include Montrose Midlinks, views to the Hill of Garvoch, views to the Grampian Mountains, Fasque House, Brechin Round Tower and Cathedral, views to Glen Esk and views over Montrose Basin. 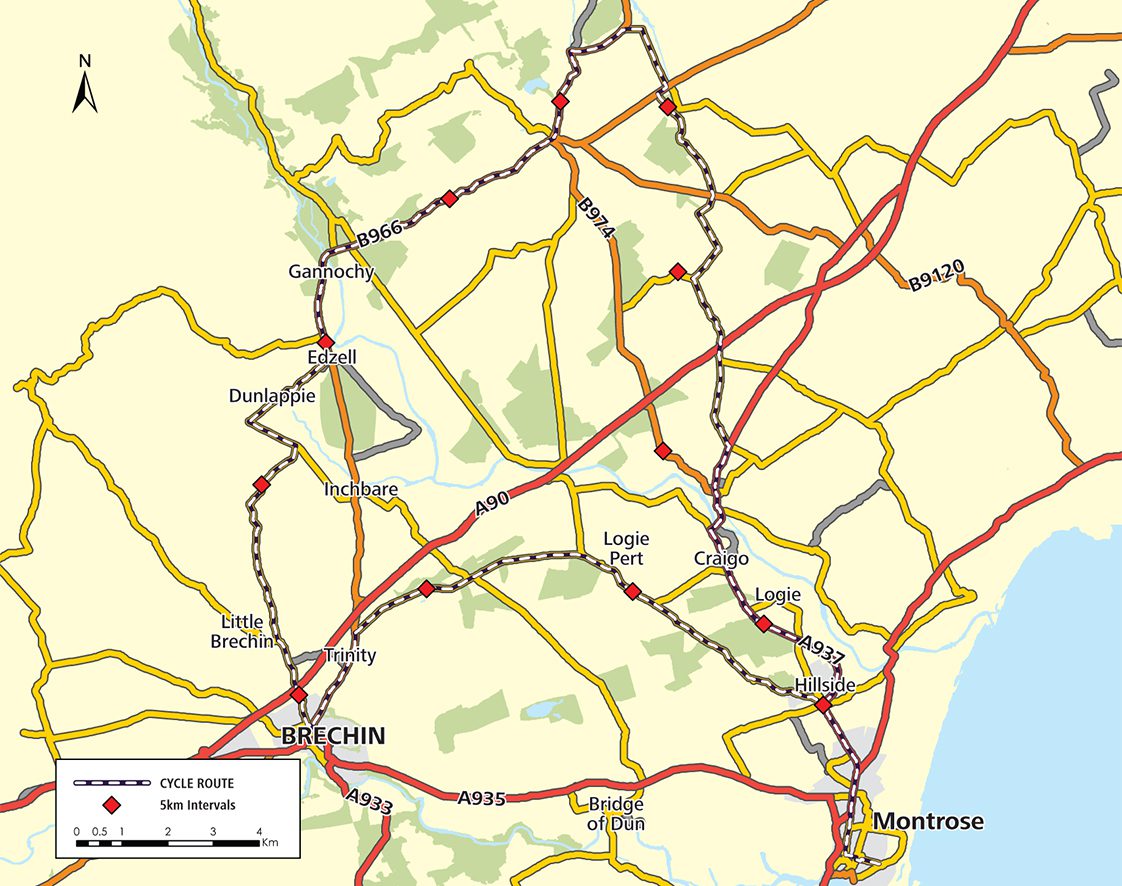