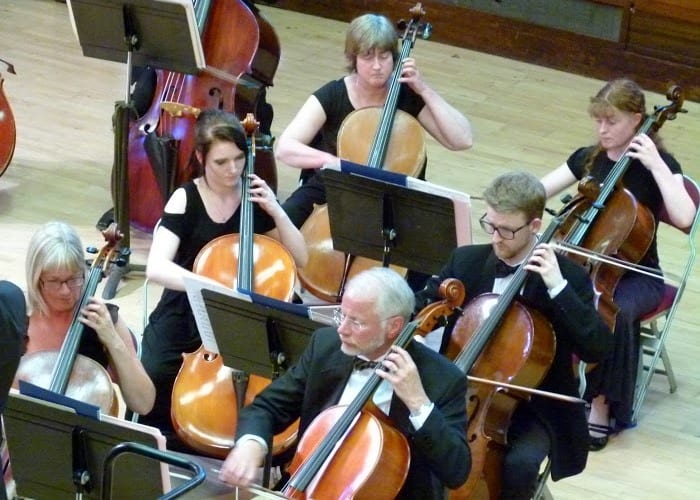 Tayside Symphony Orchestra's An Evening with Friends, featuring the TSO Friends Chorus will be an evening of wonderful music from stage and film including: Phantom of the Opera Band of

Tayside Symphony Orchestra’s An Evening with Friends, featuring the TSO Friends Chorus will be an evening of wonderful music from stage and film including:

THE PROGRAMME MAY BE SUBJECT TO CHANGE

Tickets available from: Jarvis Brothers, Castle Street, Forfar, Henry Hogg’s, High Street, Montrose, Members of the TSO or at the door on the evening.

The orchestra was formed in 1992 by the late Ron Walker to raise money for the Chest, Heart and Stroke Foundation in honour of his late father. Ron developed the orchestra over 20 years and conducted up until his own ill health forced him to take a step back in 2014. The orchestra has raised thousands of pounds for charity over the years because of the hard work of its committee and members.

The Orchestra was proud to have Mary, Dowager Countess of Strathmore as its Honorary President until our concert in June 2018 when she stepped down after 25 years. We are pleased to announce that our new Honorary President is Mrs. Georgiana Osborne, CVO, H.M. Lord Lieutenant for Angus, and previously our Vice President.