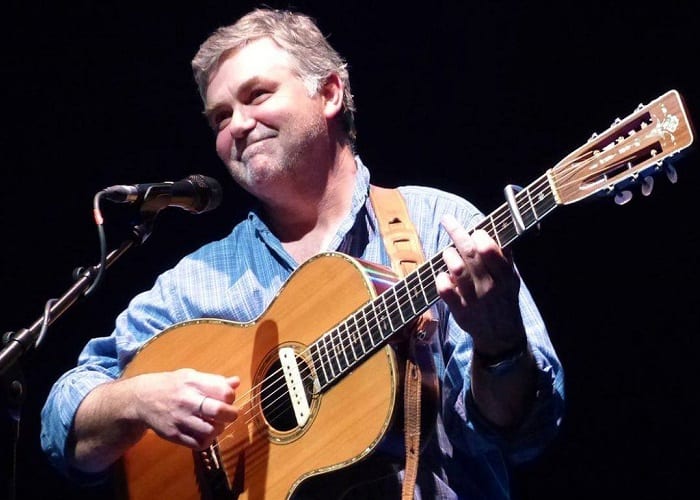 “Chris Wood might be the Ken Loach of songwriting. Very political, but at the same time full of compassion, and he grows sharper and more acute with each passing album.

“Chris Wood might be the Ken Loach of songwriting. Very political, but at the same time full of compassion, and he grows sharper and more acute with each passing album. He’s good, quite probably the very best we have today, and we need him more than ever.” – fRoots Magazine

Chris is an uncompromising writer whose music reveals his love for the un-official history of the English speaking people. With gentle intelligence, he weaves the tradition with his own contemporary parables. A self-taught musician, composer and song writer, Chris is a lifelong autodidact whose independent streak shines through everything he does. Always direct and unafraid to speak his mind, his song writing has been praised for its surgical clarity. He cites his major influence as “Anon”.

A multi-award winning musician, Chris’ most recent album ‘So Much to Defend’ has received wide critical acclaim and includes reflections on minor league football, empty nest syndrome, learning to swim, Cook-in Sauce and, not least, the Gecko as a metaphor for contemporary society.

He has collaborated with some of the finest musicians around including: Martin Carthy, Dizraeli, Billy Bragg, Andy Cutting, Andy Irvine, Karine Polwart, Jean Francois Vrod, The Imagined Village, Hugh Lupton, Martin Butler and many others.

On stage Chris has the air of a craftsman who no longer needs to be precious about his art. Without any apparent effort he reaches deep into an enviable repertoire of songs before revealing another gem.

Supporting Chris will be Joanna Stark and Elisabeth Flett otherwise know as Shamblestone. The pair first started playing together in 2008 as part of folk trio Three’s A Crowd (Cambridge Folk Festival 2013 Youth Hub Band Artists) and have performed across the UK ever since. Notable performances include The Solas Festival, Eden Festival, Verdant Works Lunchtime Concert Series, Simple Sounds Sessions (2018), Music At The Mill, Edinburgh Fringe and competing as Semi-Finalists in the BBC Radio 2 Young Folk Awards 2017. Their innovative blend of different musical styles and sparky live performances makes Shamblestone an unusual and exciting duo.