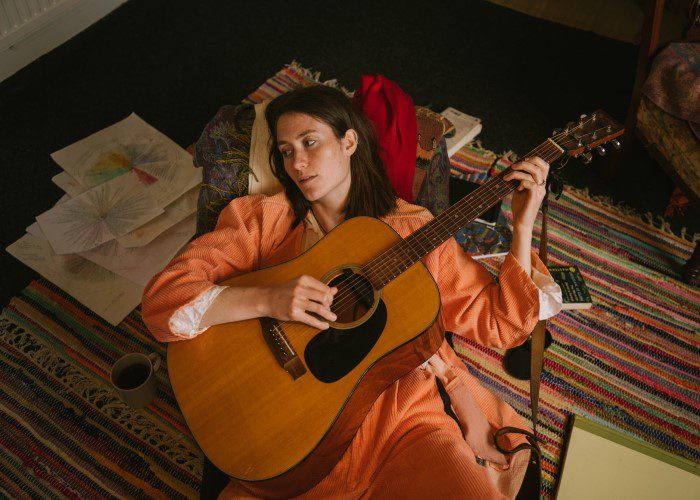 We are delighted to present a first Concert in Montrose by the popular Scottish Singer Songwriter, Rachel Sermanni, who is poised for a breakthrough into the musical Big time. Rachel is appearing at Montrose Playhouse as part of her 2022 Tour, which has taken in many of the big Summer Festivals.

Influenced by performers, such as Bob Dylan, Eva Cassidy and Van Morrison, Rachel often talks about the vivid dreams, which she transforms into songs. After performing Scotland’s traditional music at school in Carrbridge, Rachel progressed to supporting Mumford and Sons and touring Europe with Fink and Elvis Costello.

In her songwriting, Rachel Sermanni  specialises in making the mundane moments of life mystical. The material covered in her songs includes shock positive pregnancy tests in Train station toilets, cold river swims,bare feet on wood floors, “what even is consciousness” and strange dreams lingering in quiet mornings. She brims with dreamy indie-folk pop that speaks of the rare moments of quiet-still, found in the midst of our struggles and desires.

Admission is £11, payable at the door.

Tickets can also be reserved by emailing kenneth@fivefurlongs.plus.com