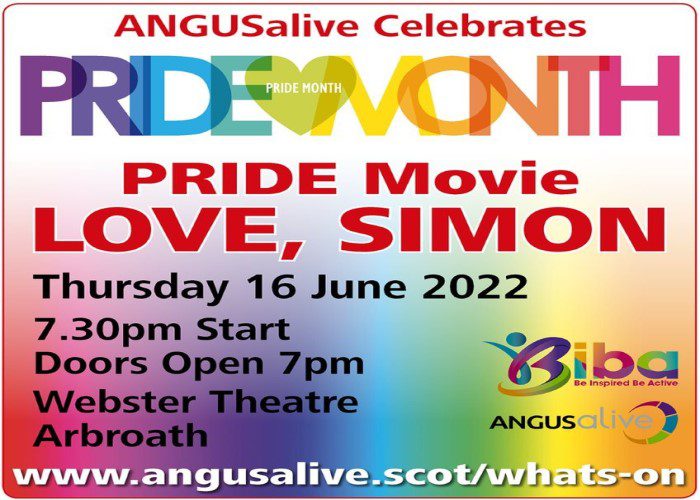 This film adaptation of the popular young adult novel ‘Simon vs. The Homo Sapiens Agenda’ by Becky Albertalli, centres on Simon Spier, who is keeping a huge secret from his family, friends and all of his classmates.

Simon is gay and when his secret is threatened, Simon must face everyone and come to terms with his identity.

The first film produced in Hollywood to feature a gay male teenage protagonist, ‘Love, Simon’ was a cultural phenomenon upon release in 2018, with stars including Neil Patrick Harris and Kristen Bell buying out entire movie theatres in America so that people who could not afford the price of a cinema ticket, could still see the film.

It captured the hearts and minds of audiences across the globe and was so beloved that it paved the way for a spin-off TV show ‘Love, Victor’ which sees another young boy at Simon’s high school reach out to him for help, as he struggles with his sexuality.

What better way to celebrate pride than with a screening of this modern day classic?Please note – our foyer bar will be open 45 mins before this screening and will close 15 mins before end of movie.