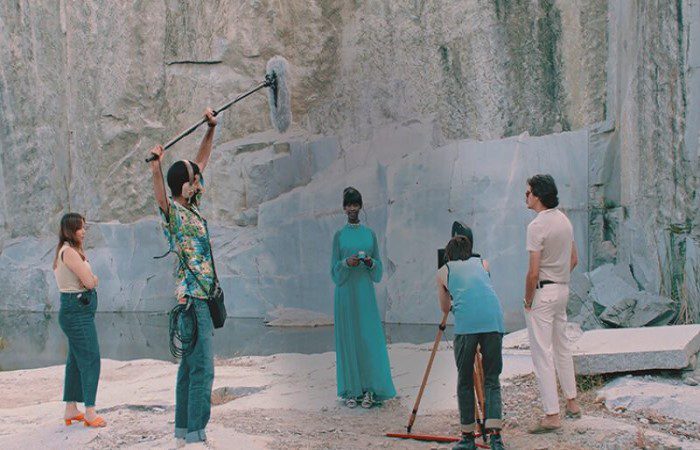 LUX Scotland are delighted to announce that this year’s summer school will be led by Grace Ndiritu, organised in partnership with Hospitalfield. The residential summer school will take place from 6pm on Friday 26 August and finish by 1.30pm on Sunday 28 August 2022.

Grace Ndiritu  is a British-Kenyan artist whose artworks are concerned with the transformation of our contemporary world. Works including The Ark: Center for Interdisciplinary Experimentation; COVERSLUT© fashion and economic project; and performance art series, Healing The Museum, have been shown around the world since 2012. Recently, her debut short film Black Beauty has been selected for prestigious film festivals including 72nd Berlinale in the Forum Expanded section (2022) and 32nd FIDMarseille (2021).

Ndiritu has been featured in TIME magazine, Phaidon’s The 21st Century Art Book, BOMB magazine, Art Monthly and Elephant magazine. Her work is housed in museum collections such as The Metropolitan Museum of Art (New York), The British Council and The Modern Art Museum (Warsaw). Her writing has been published in her critical theory book Dissent Without Modification (Bergen Kunsthall) in 2021; The Whitechapel Gallery in the Documents of Contemporary Art anthology series; Animal Shelter Journal, Semiotext(e) The MIT Press; Metropolis M; and The Oxford University Press.

A group of seven participants will spend time together at Hospitalfield, with Grace and members of the LUX Scotland team, to explore some key questions in Grace’s practice through a programme of film screenings, group discussions, meditation sessions and meals. Grace will introduce participants to some of her recent moving image works that will include her debut short film Black Beauty (2021).

Cost: £156 per place (this covers the cost of all meals and single-occupancy accommodation at Hospitalfield). The summer school is open to artists, curators, writers and arts professionals based in Scotland. Bookings will open at the beginning of July and be publicised in the LUX Scotland newsletter.

LUX Scotland are offering two bursary places for Scotland-based artists to attend. These bursaries will cover the costs of meals and accommodation at Hospitalfield and return travel costs to Arbroath from elsewhere in Scotland.