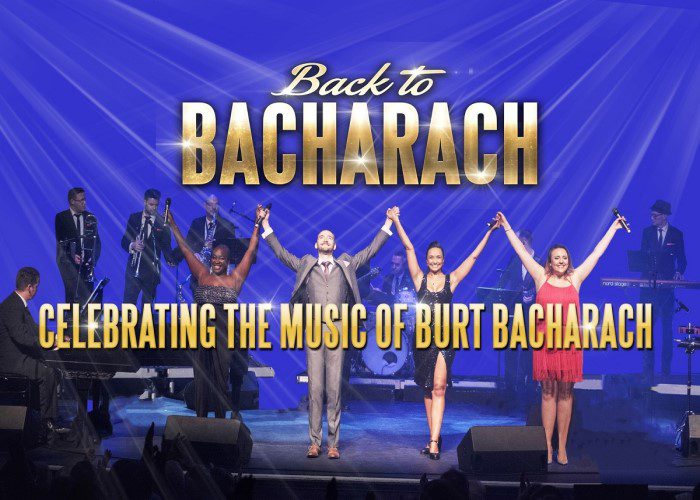 Back to Bacharach celebrates the magical music of Burt Bacharach, one of the most accomplished popular composers of the 20th Century, who together with Hal David penned some of the most memorable and iconic hits that stand the test of time.

This exciting production touring throughout the U.K. since September 2015 is performed by the four of the finest west end singers accompanied by The Magic Moments Orchestra recreating Burt Bacharach’s timeless hits.

Songs featured in the show include Alfie, Anyone Who Had A Heart, Arthur’s Theme, Always Something There To Remind Me, Close To You, I Say A Little Prayer For You, Magic Moments, Walk On By, What’s New Pussycat?, 24 Hours from Tulsa, Raindrops Keep Falling On My Head and many more.